Having swapped the roar of Eden Park for the boardooms and bustle of executive life, Owen Finegan reflects on his work as CEO of Kids Cancer Project. 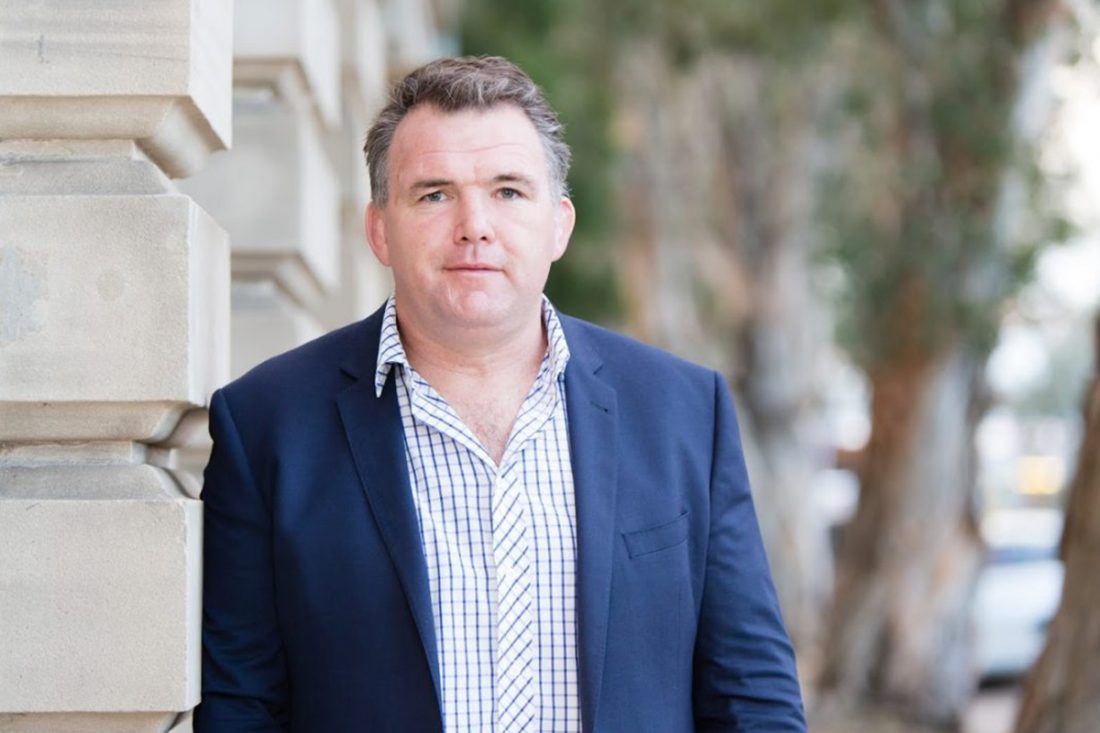 The origins of the Kids' Cancer Project dates back to a Eureka moment its founder, Col Reynolds OAM, experienced while driving his tourist bus home one day. He saw two bald-headed children holding hands as they crossed a busy street.

His heart went out to them. He immediately pulled up his bus at the adjacent hospital and went in to ask about the children and what he could do to help them.

Despite having never had a direct brush with childhood cancer, the moment changed him. Soon, he was a familiar figure to many children suffering cancer as he drove them on day trips to the zoo or to visiting circuses.

After 12 years of his passion project, Reynolds had attended a gut-wrenching 70 funerals. An oncologist at Westmead Children’s Hospital gave him some advice that proved a turning point, suggesting that funding cutting-edge research projects would be the most impactful thing he could do to help out.

The Kids' Cancer Project evolved out of that conversation and has since gone on to provide more than A$40 million for scores of research initiatives around this important area.

Its current CEO, Owen Finegan, is familiar to many from his previous life as a bear-like backrower in Australia’s Rugby Union team, the Wallabies.

Widely popular for his knockabout good bloke demeanour and wholehearted play, he made more than 50 appearances for the national team. He was also an important cog in the smooth-running machine that was the all-conquering ACT Brumbies team in what now seems like a vanished golden age of Australian rugby.

Since hanging up his mud-clogged rugby boots, Finegan has channelled his considerable energies into the not-for-profit sector, first as CEO of the Snowy Hydro SouthCare Rescue Helicopter Service, and now leading The Kids' Cancer Project.

He also holds the distinction of being possibly the only Australian CEO to be known as ‘Melon' in honour of his outsized noggin. 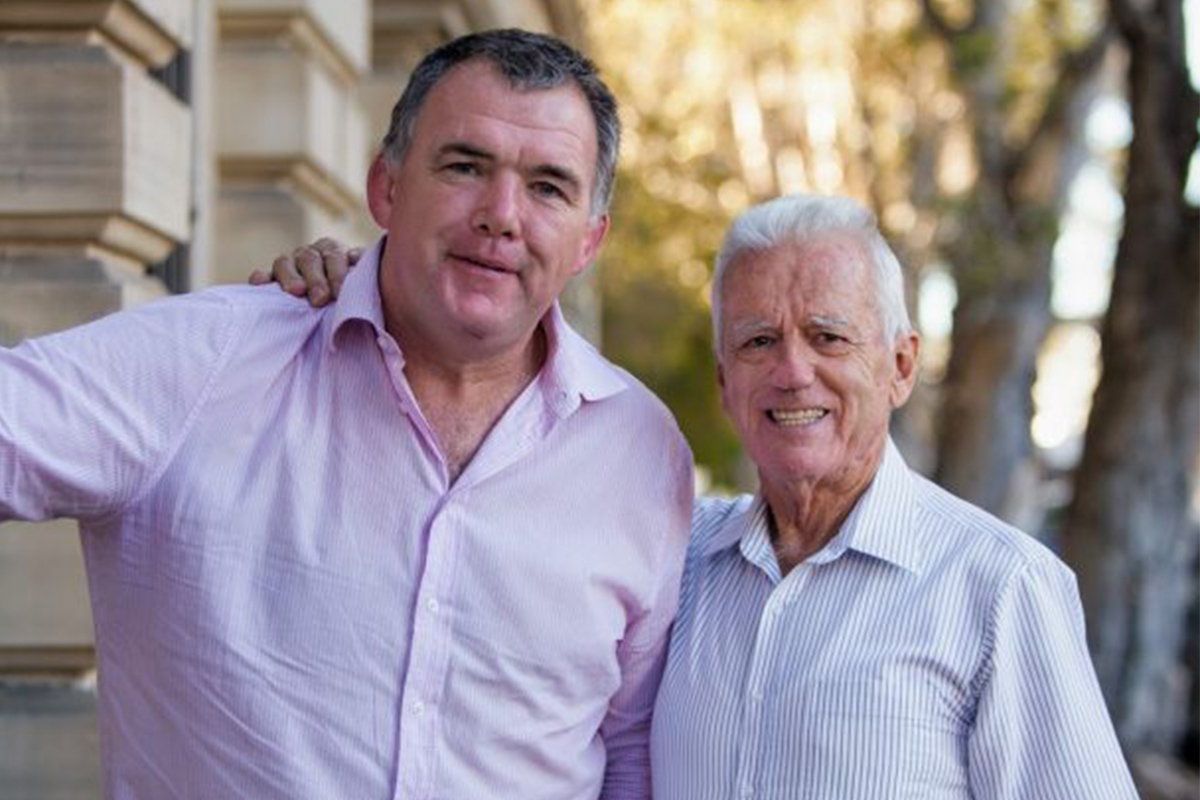 Finegan likens the approach of the charity he now leads to that of a venture capitalist, in that it carefully selects disruptive and innovative projects to fund in the hope of moving the needle.

Last financial year, it supported 33 different such projects across 17 institutions. “It’s giving people an opportunity to try out their bold and innovative idea and get some data and results behind it,” he says.

“Then, they can go out and be competitive with every other researcher, not just in cancer, but for every disease.”

The ultimate goal of the charity is to achieve a 100% survival rate for children with cancer. Currently, that figure is only at around 80%. Improving the toxicity of cancer drugs and the long-term health impact they have on children are also on its agenda.

One of the most ambitious projects it has funded is the Zero Childhood Cancer Initiative. Now into its second phase, this program matches children suffering from cancers with a high rate of relapse to specialists who develop individualised treatment plans to take into account each patient's DNA and genetic profile.

Favouring collaboration over competition, The Kids' Cancer Project has also held CureFest events, which see it unite with other NFPs such as Starlight Foundation, The Make-a-Wish Foundation and Camp Quality. This year’s event culminated in dozens of buildings nationwide being lit gold in a large-scale initiative to raise awareness of childhood cancer. “It’s about charities coming together for a united voice,” Finegan says of the event. “After all, it’s not just one charity or institution that is going to find a solution.”

The Kids' Cancer Project also plays the role of disrupter in how it promotes and positions itself. “We don’t have a campaign (with the profile of) a ‘Slip Slop Slap’, so we’ve got to be really innovative in how we engage the community, corporate Australia and the government,” Finegan says. 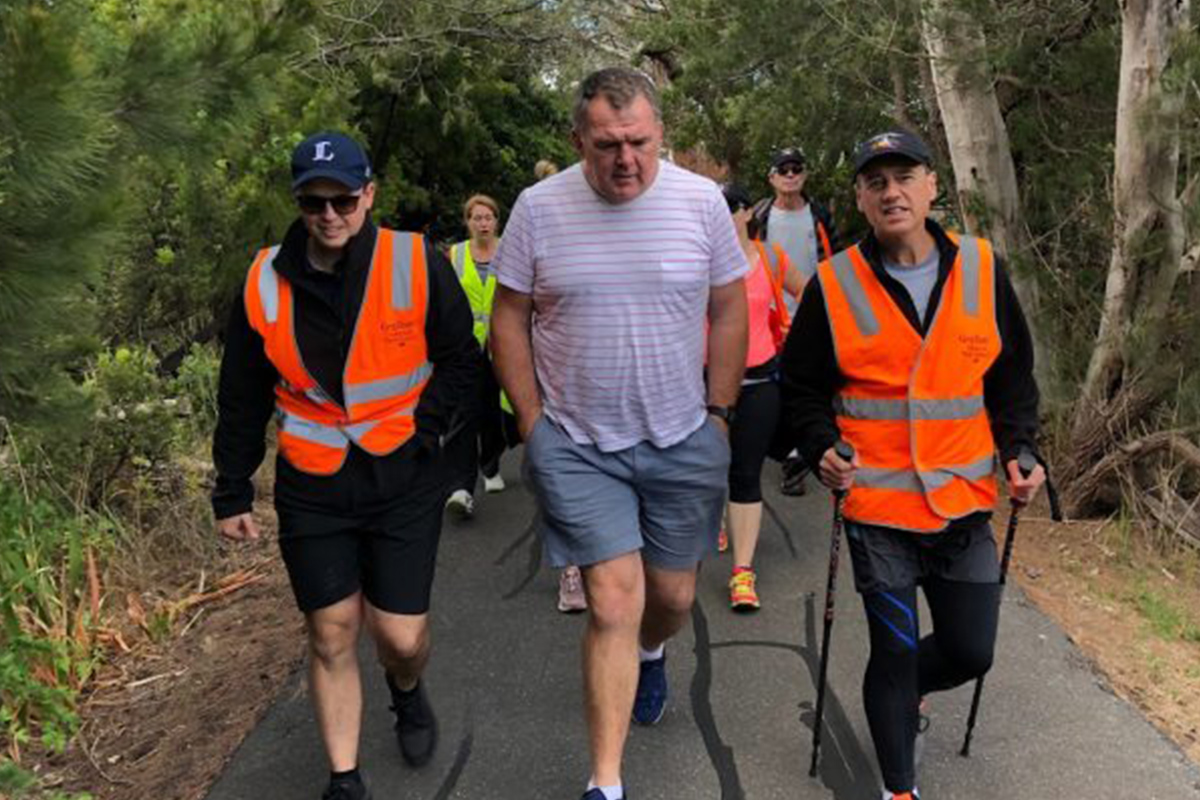 Lessons from the rugby field and beyond

As an executive in the NFP sector, Finegan continues to draw inspiration from one of his rugby union coaches, Rod Macqueen, himself a successful businessperson away from sports. “There are definitely things you take from someone like that, like his ability to collaborate with other sports and learn from them,” Finegan says of his old mentor.

With rugby union having only recently become a professional sport, Macqueen was an ahead-of-his-time figure who mined sports such as netball for insights applicable to his team.

Macqueen was also very much a leader who believed in empowering his charges. Players were given unprecedented levels of responsibility and ownership in this era and were able to choose everything from the team song to what they wore and how they went about training. It’s a mentality that still informs Finegan’s work as an executive.

A believer in the social value of sport and a community-minded person, Finegan competed in everything from athletics to swimming and surf club events and even rugby union’s rival code, rugby league, as a youth.

His children have followed the same path, playing a number of sports and being involved in fundraising and generally helping out for local teams. He jokes that when people now ask him what he does, he says he works full-time as CEO of The Kids' Cancer Project and part-time as an Uber driver for his children’s various sporting clubs. He also remains involved in rugby as a coach and squeezes in a round of golf or a spot of fishing when time permits.

He considers himself supremely lucky to lead an organisation that enjoys such a groundswell of community support. “It’s just amazing when you see the passion people have for it, even when they don’t have any real association with childhood cancer," he reflects.

"People continue to support it, whether they are five or 55, because they know people can make a real difference.

“I’m also very, very inspired by families who have lost children but continue to fundraise and raise awareness. The community support is great and it’s been a real grassroots charity.”

A staff writer at The CEO Magazine, Daniel covers leading figures in the world of executive management. He has previously worked as a lawyer, public servant and journalist. His work has appeared in The Guardian, The Australian, The Sydney Morning Herald, The Age and many others.