Wharf4Ward celebrates 10 years of fundraising for teenagers with cancer

With John Farnham singing on a glass boat, Jessica Mauboy arriving atop a convertible Rolls-Royce and sleek supercars lining the heritage wharf, the Sony Foundation’s annual fundraiser was bound to break records. A sleek Bentley, a McLaren and an Aston Martin created a dazzling entrance to the heritage-listed wharf where more than 1,000 guests flocked to a 400-metre-long charitable lunch for teenagers with cancer.

The Sony Foundation CEO Sophie Ryan told The CEO Magazine the event raised A$1.4 million during the day where hundreds of guests lined the pier for a three-course lunch, adding to the A$7 million raised over the past decade.

“It’s a pretty special milestone,” said Ryan. “A lot of the guests here have been with us since the start. 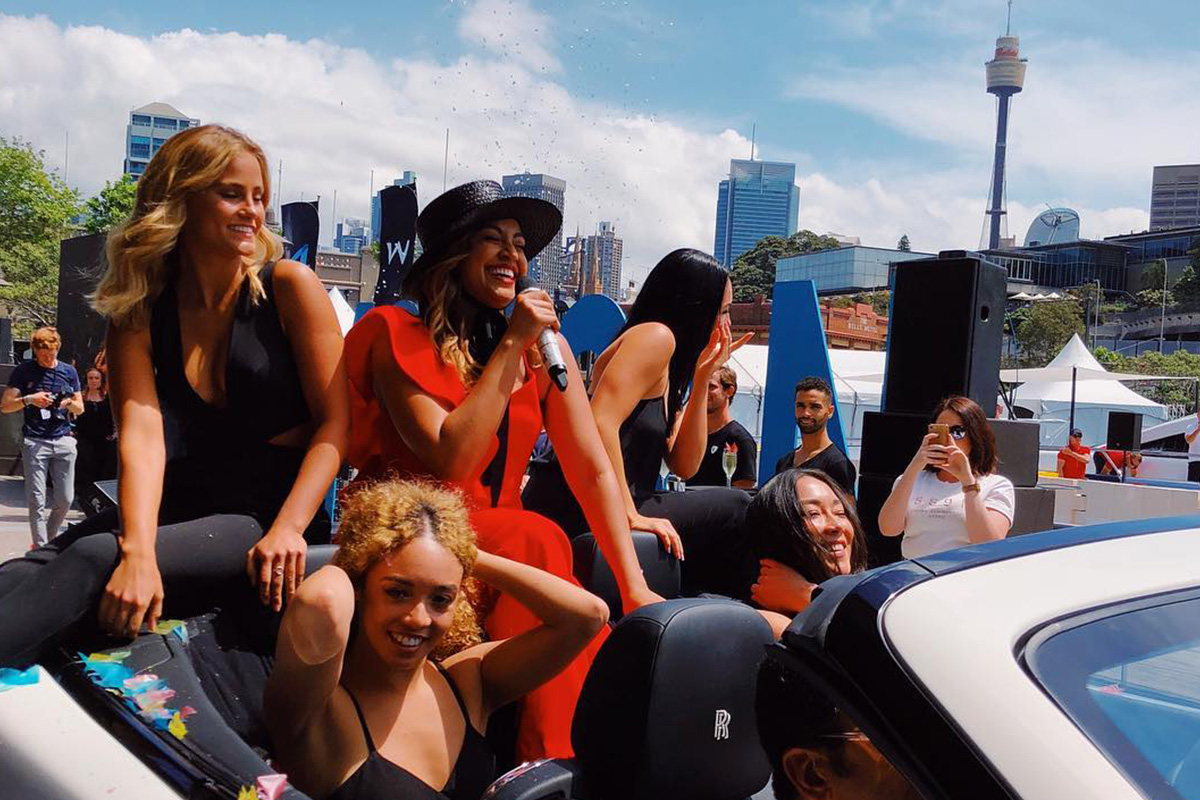 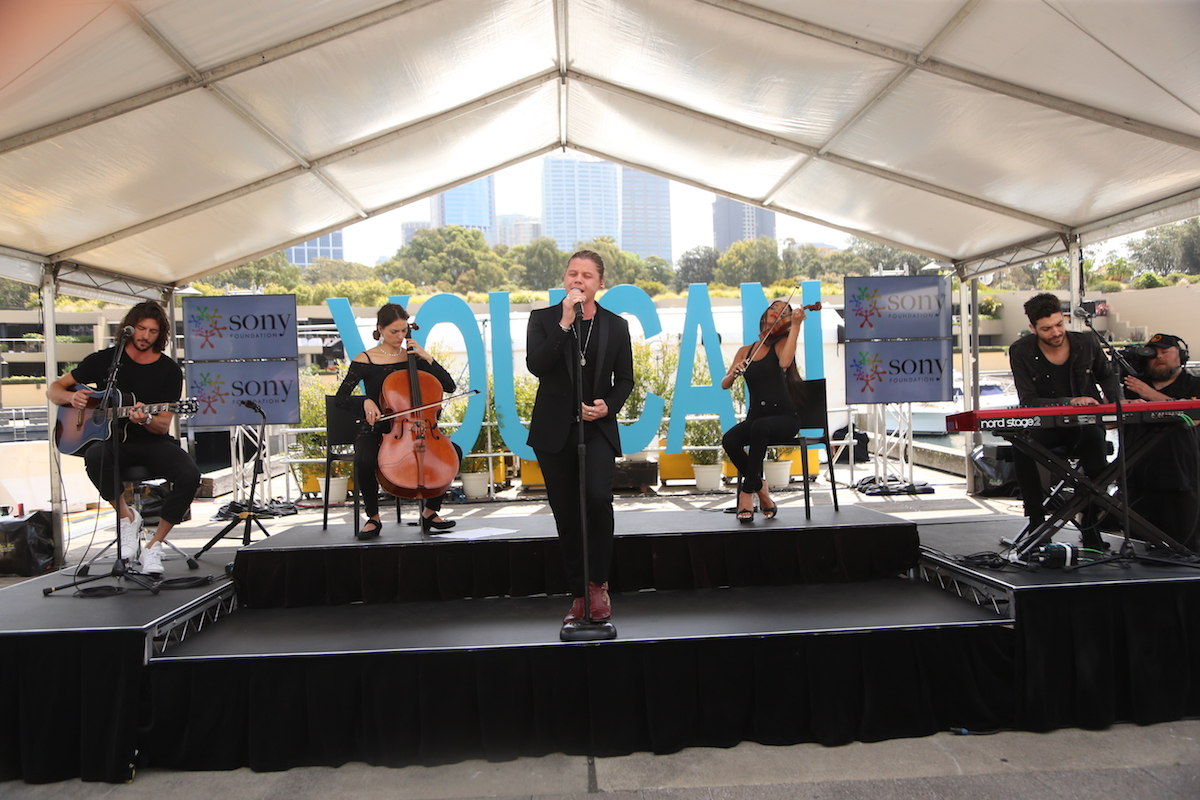 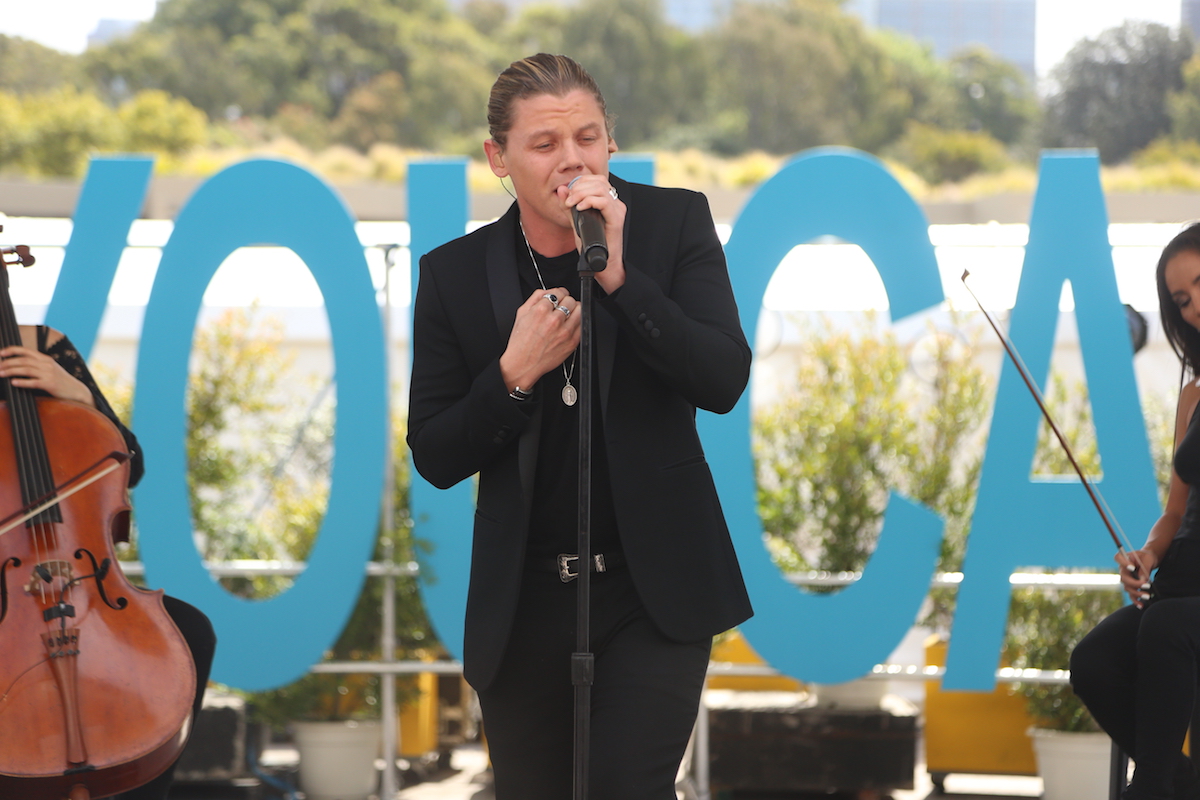 “It’s as much a celebration as a good opportunity to tell people about the impact of their funds.”

Donning a vibrant red pantsuit, award-winning singer and actor Mauboy sang sitting atop a convertible Rolls-Royce as it drove down the wharf followed by the moving renditions of Sewell.

“The confronting reality is that, in Australia, a youth cancer patient dies every three to four days. It’s getting harder for charities to raise funds," – Sophie Ryan

Endless wine, Belvedere cocktails and Moët & Chandon Champagne flowed across the pier as superyachts docked at its side – one hosting rockstar John Farnham, who had an exclusive concert on a glass boat.

Ryan said the Foundation wanted to create a charity with Sony’s entertainment at its heart, to enable the company to stand out from the other organisations. 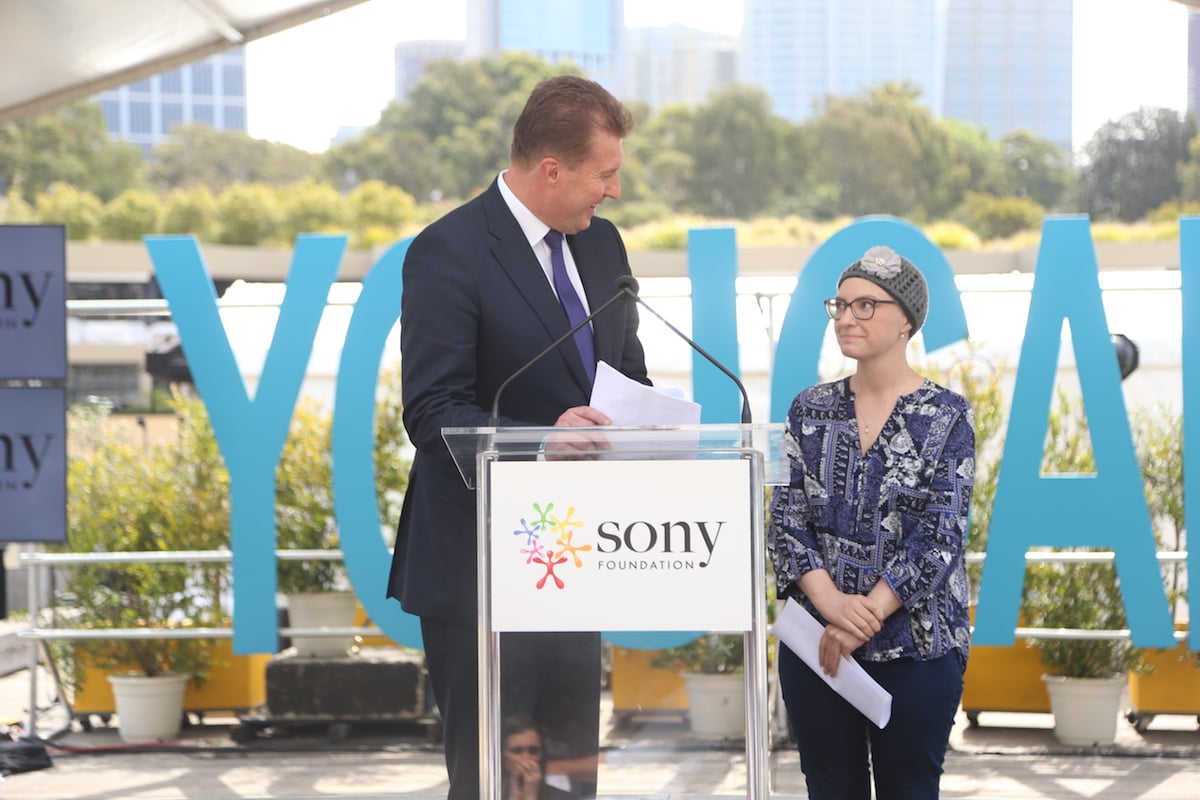 “We felt there were enough gala dinners and we really wanted to highlight entertainment,” she said. “This event was like none other. There was nothing else out there that created such a special occasion.”

“It’s not just a cancer issue, but adolescent health across the board has been neglected,” Ryan added. “We’ve got an amazing paediatrics system now but people are so focused on the zero to five age group, and then when the kids turn 16 we view them as adults. I think it’s only now we’re realising they’re not adults and need specialised care.”

After a parade of horses, cartoon characters and California Highway Patrol police marched down the wharf, which is 103-years-old, a You Can ambassador fighting acute myeloid leukaemia took to the stage to share her story. 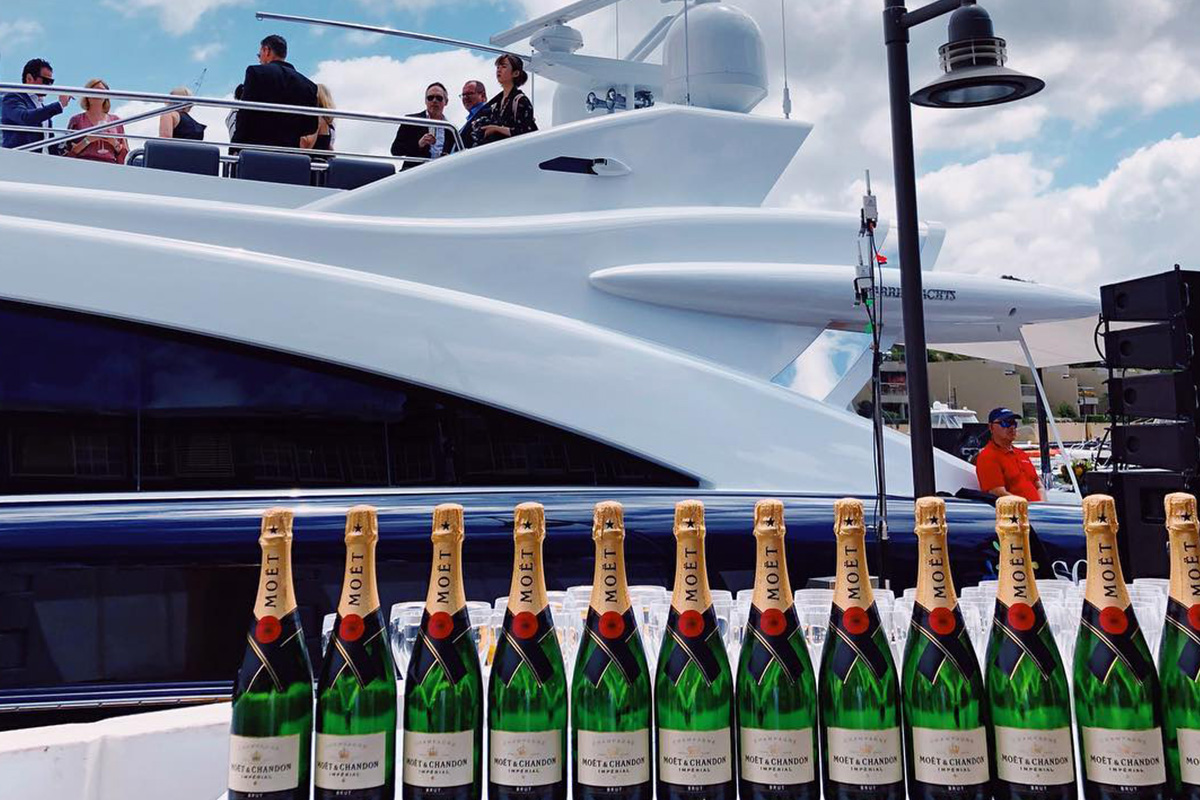 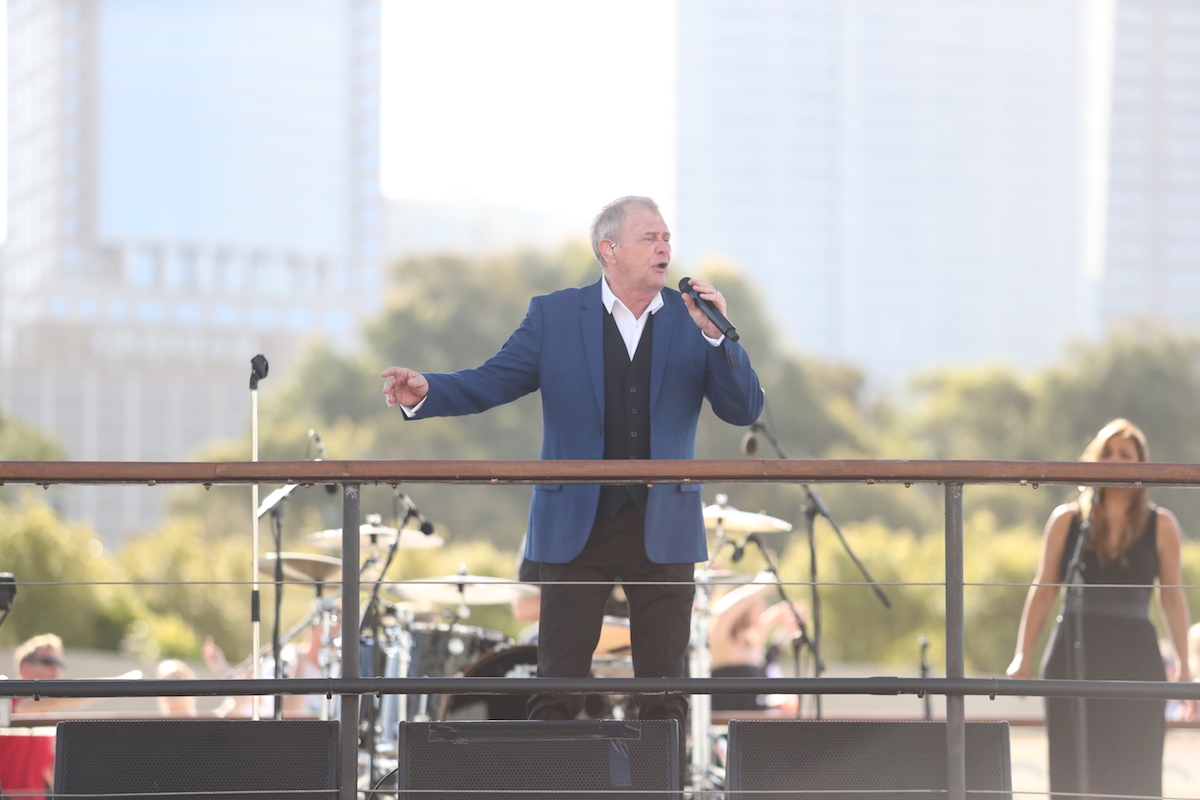 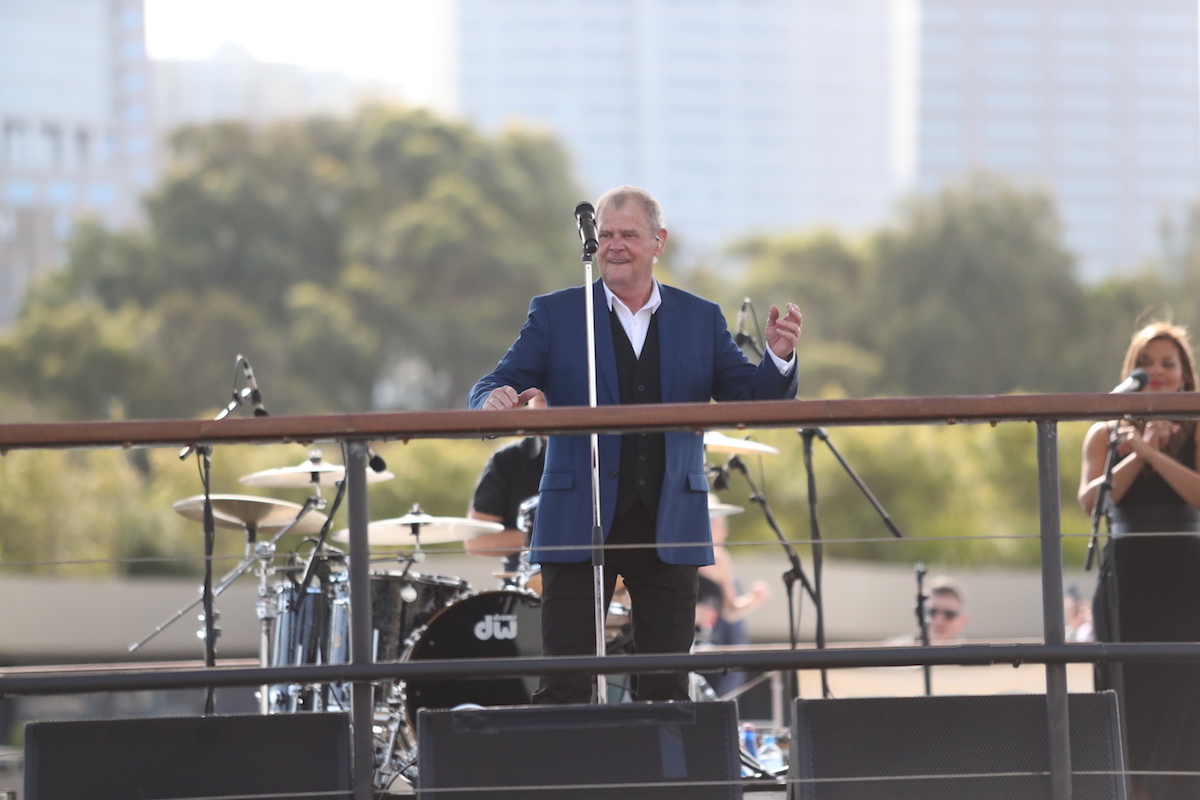 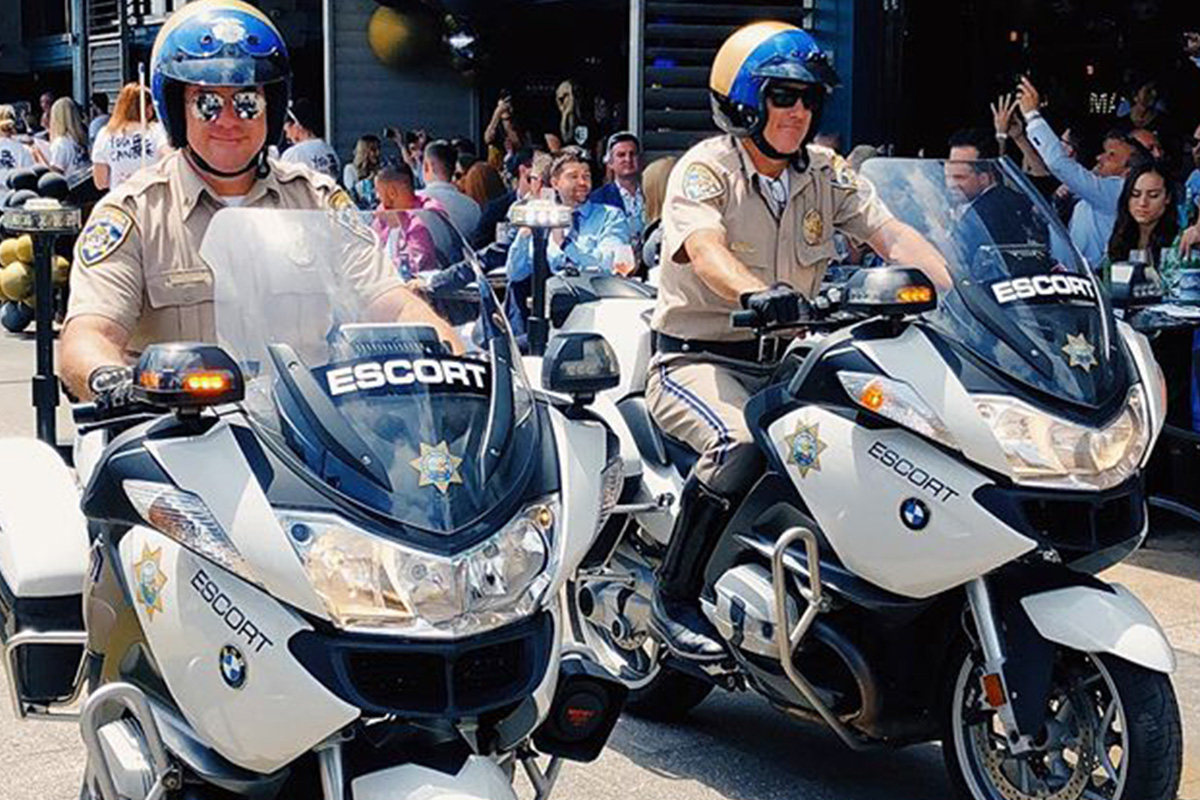 Katelyn Mole walked from her ‘safe zone’ (a secluded area away from the crowd) to the stage, wearing a face mask before explaining that her immune system was worse than that of a newborn.

The 25-year-old school teacher, who required medical approval to attend Wharf4Ward, was diagnosed with blood cancer in February 2018 and has only been home for eight consecutive days in the past eight months. After undergoing a stem cell transplant and spending 10 days in ICU, Mole was finally given the all-clear to go home this weekend.

However, the You Can ambassador still needs to travel almost 600 kilometres every two weeks from Tamworth to Newcastle (and sometimes to Sydney) for check-ups, immunisation and tests. It will be another two years before she can work again, provided all else goes well.

"It’s as much a celebration as a good opportunity to tell people about the impact of their funds," – Ryan

Teenage cancer patients like Mole (who is one of the 1,200 adolescents and young adults in Australia diagnosed with cancer every year) are the crux of the Sony Foundation’s Wharf4Ward where guests have the chance to bid in The CEO Magazine’s silent auction. Dozens of sponsors donate money-can’t-buy experiences and packages including a table at The CEO Magazine’s Executive of the Year Awards.

The record-breaking funds will go towards two You Can centres at hospitals in Sydney and Brisbane, which are set to open in 2019 following the opening of similar centres in Perth in 2013 and in Melbourne in 2016.

“The confronting reality is that, in Australia, a youth cancer patient dies every three to four days,” Ryan said. “It’s getting harder for charities to raise funds and I think there’s a confidence here about where the money is going; it’s being robustly investigated to make sure all of it is going to the right cause and no money is wasted.”

Originally from a small country town in Victoria, Emily moved to Sydney to pursue a media career. She worked across a number of print and online publications including News Corp and Fairfax Media before joining The CEO Magazine.