How winemakers are saving their industry from climate change

All four seasons are critical to the making of wine and as climate change continues to disrupt weather patterns, winemakers are making plans to adapt and replant. 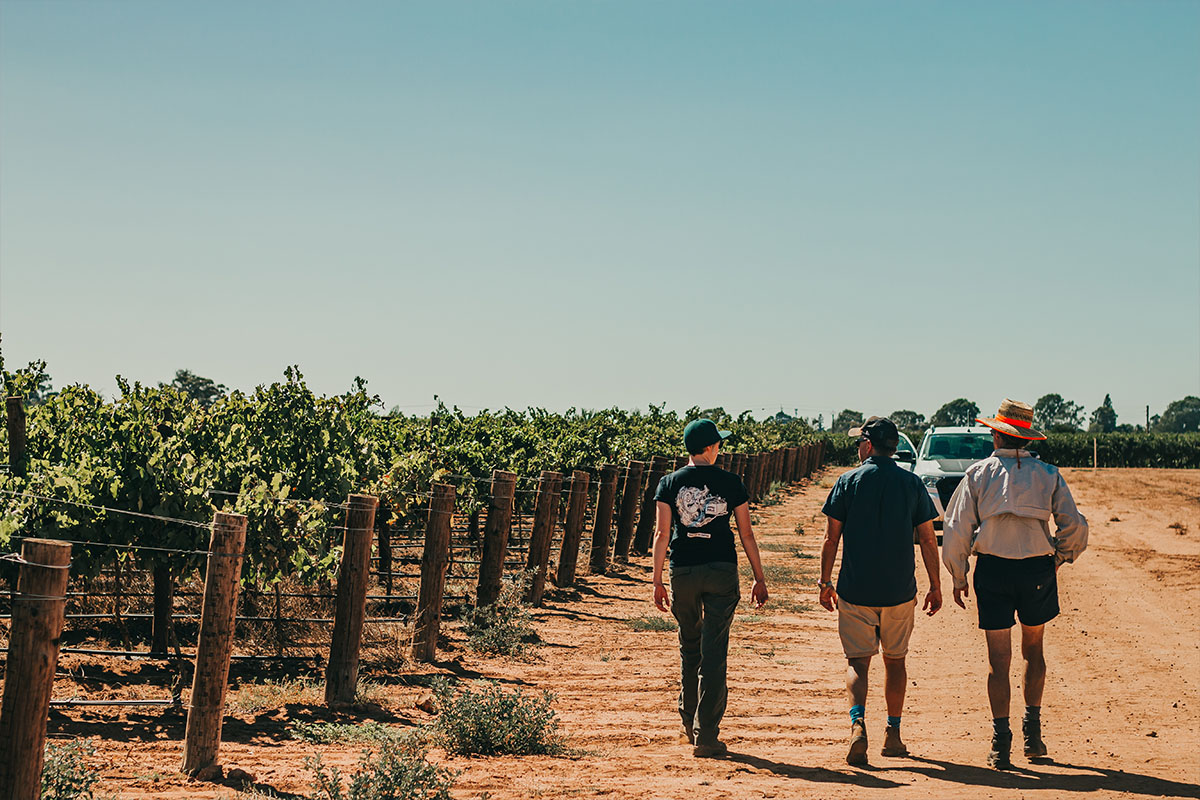 In most countries, whether for indulgence, hobby or economic value, wine is part of life. It is also an agricultural product significantly at risk from climate change. Four winemakers share how they are dealing with the increasingly unpredictable seasons.

Winegrowers across the globe report that extreme weather is causing grapes to ripen earlier, although, fortunately, the climate has not had any adverse impact on the taste.

One solution to managing rising heat levels is watering the vines – but that’s not always available. Some vintners put up vine canopies to create shade, while others are changing their trellising system to better manage the canopy. Though perhaps a more effective way to manage climate change is to replant using heat- and drought-tolerant grape varieties, as Unico Zelo is doing.

“No more so than in Vintage 2020 have we seen the impact that climate change will have on our industry,” says Noah Ward from the South Australian wine company that’s planting water-efficient and drought-tolerant varieties.

Founded in 2013 by husband-and-wife team Brendan and Laura Carter, Unico Zelo is championing varieties that grow best with little to no irrigation such as fiano and nero d’avola. The vines are grown in the Clare Valley, Riverland and Adelaide Hills regions and the wines are made with lo-fi philosophy and minimal intervention.

“We need to reduce the massive quantities of water that the Australian wine industry uses every year. The best way to do that is to plant more drought-tolerant varieties.” – Noah Ward, Unico Zelo

“We’ve seen some of the earliest picking dates on record in regions such as Margaret River, Swan Valley and Hunter Valley,” Noah says. “For some wineries, bushfires have reduced yield to zero and, more devastatingly, several growers and wineries have lost everything.” Noah also points out that some varieties endemic to Australia are becoming unsuitable due to climbing temperature.

“Until recently, we’ve been chasing and championing cool-climate wines – like riesling, chardonnay and pinot noir from Tasmania, Yarra Valley and, of course, Adelaide Hills,” he notes. “But what about when it gets too hot to make traditional varieties?” Noah challenges.

“What happens when we run out of altitude to climb in Australia while searching for those long and cool ripening seasons? We can’t cover up the problems by over-irrigating – we will run out of the water,” he says. “We need to reduce the massive quantities of water that the Australian wine industry uses every year. The best way to do that is to plant more drought-tolerant varieties.”

However, shifting towards different varieties comes with its own set of challenges. Winegrowers are, fundamentally, being asked to alter a generational product. Noah adds that grafting is an expensive task, and many growers are hesitant to change as they know the varieties they plant sell well.

“Australia needs to take a leap and start growing, making and buying more varieties like fiano, nero, greco, sangiovese, nebbiolo, barbera, dolcetto and montepulciano,” Noah says. “That’s how we adapt to hotter and drier seasons without using too much water.”

Liz Riley is the owner and operator at Hunter Valley-based viticultural consultancy agency Vitibit. She agrees that climate is always cyclical. The Hunter region has experienced wet and dry periods, and within both, the extremes seem to be amplified. The adverse weather of hail, heat spikes and flooding has become common.

“We have to be proactive and agile in our management of vineyards. You have to keep an eye on the medium-term as well as the immediate period,” Liz explains. “There is always Plan A, B and C in your mind.”

The Hunter is also seeing milder winters, meaning the vines don’t shut down (go into a sustained period of dormancy) properly, with premature bud movement occurring as early as July. This means frost, which is not a traditional problem; it’s becoming a new issue. “The weather always presents a challenge but, compared to our forefathers, we are fortunate to have more tools and technology at our disposal,” Liz says.

“The tools help us with plant-water use, vine growth and weather forecasting, as well as products such as sunscreen and recycling spray technology,” she says. Liz is optimistic about the future and says that many aspects of viticulture are moving to the next generation – new disease-resistant varieties and new rootstocks.

The industry needs vision and confidence to move forward. But, of course, this is not just Australia’s problem. In the US, Beth Novak Milliken, President and CEO of Spottswoode Estate Vineyard and Winery in California, also says that wine regions need to consider changing grape varieties.

“Viticulturist and vineyard managers are the unsung heroes behind every bottle of wine.” – Liz Riley, Vitibit

Spottswoode is currently planting experimental grapes such as tintorera and touriga – both hold acidity and colour in hotter and drier conditions, such as in their native Portugal.

The vineyard has also invested in shade cloth that hangs over the fruit zone to stop the grapes from burning.

“The sunlight sort of dapples (the grapes),” Beth explains. The long-term goal is to build resiliency into the vineyard by using biodynamics, insectaries and having biodiversity on the property for natural control of pests.

Another of the winemakers passionate about reform is Theo Coles, owner of The Hermit Ram, based in New Zealand’s Canterbury region. Theo uses the techniques of the past to produce clean wine, and says that when challenges arise, his intention is not to “Frankenstein the wine” because then it “wouldn’t be true”.

Instead, the winemaker is aiming to combat the obstacles of climate change by working with the soil.

This involves better farming and figuring out a way for the land to hold water efficiently. He explains how sequestering carbon and soil, regenerative agriculture and creating the ability to hang on to water are all factors that need to be addressed.

“The dream would be to have healthy soil that didn’t need to be sprayed, and the vines still survive. But that’s impossible,” he says.“There’s no doubt that things are getting earlier and earlier, and harder and harder.”

Wine drinkers to the rescue

Part of the solution lies with the consumer. Noah confirms that wine drinkers are purchasing more experimental varieties. “Fiano is a grape that makes sense in Australia – in the market, and in the vineyard,” he says. “It is a drought-tolerant, high-acid, textural and outrageously drinkable white wine.”

Theo adds that consumers can buy wines that are farmed consciously. But he also advises them to take into account the packaging and how the wine is being shipped. “Just make the right choices,” he says.

“You can’t say to customers, ‘don’t support big companies’. That’s ridiculous. It’s the same as people wanting to buy organic food or wanting to know where their food comes from – find out where your wine is from. Is the wine being produced in a climate-conscious ethical way?”

“Emerging varietals such as vermentino, tempranillo and pecorino are all assisting in staggering the ripening period, and having other attributes such as looser bunches or thicker skins, which provide resilience as well as flavour and wine-style diversity for winemakers and consumers,” she says.

For winemakers and growers, seasonal change is part of the job. Experience has taught people in the industry to be adaptable, while passion has taught them to persevere.

“We’re glass-half-full types who are always looking for solutions to not only get the crop off but also to make it sing,” Liz says. “We get attached to the vineyards. We put our hearts into each season.

“Watching those grapes being harvested is always a great relief and then tasting a gorgeous wine once it’s finished in the bottle is very satisfying. Viticulturist and vineyard managers are the unsung heroes behind every bottle of wine.”

Read next: Experts share how the wine industry will overcome the battle against coronavirus